Here you will find information about publishers of Arabic children’s books, and links to their latest catalogues, where available.

Award-winning Lebanese publishing house for children’s magazines and books. Founded by Nabiha Mheidly in Beirut in 1987 and now publishing writers from Egypt, Syria, Oman, Bahrain and Tunisia, Al-Hadaek was the first press in the Arabic world specialise in books for children and young adults.

The Lebanese publisher Dar Asala was established in 1998 as part of Dar Annahda Alarabiya, and specializes in Arabic children’s books. To date, it has published more than 1600 titles. Asala’s books have won tens of national and international awards including Khalifa Award and The Arab Thought Foundation’s Kitabi Awards.

Their title When You Get Angry by Doniazad Saade, illustrated by Zarifa Haidar, won the 2013 Etisalat Award for prize for Best Production.

Founded in Damascus in 2005 by Gulnar Hajo and Samer al-Kadri, this publishing house is now based in Amsterdam.

2018 Etisalat Award for Best Children’s Book of the Year: Homesick (الحنين) written by Aisha al-Harthi and illustrated by Hassan Manasra.

Egyptian publisher of books for children and young adults in the Arabic language. Provider of global digital content via Impelsys.

2019 Etisalat Award for Best Text: Damascus: The Story of a City, written & illustrated by Alaa Murtada, published by Dar Al-Balsam.

Founded in 2007 by Sheikha Bodour Al Qasimi, daughter of the ruler of Sharjah in the United Arab Emirates, also founding director of the Arab Children’s Book Publishers Forum. 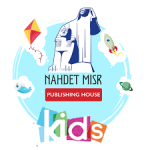 2013 Etisalat Award for Best Children’s Book of the Year: The Stick of Racemes by Afaf Tobala and illustrated by Hanadi Sleet

Palestinian publishing house founded in 1989 during the First Intifada. Tamer works across the West Bank and Gaza Strip, primarily targeting children and young adults to encourage and deepen opportunities of learning among them.

“With perseverance, audacity and resourcefulness, the Tamer Institute has, for two decades, stimulated Palestinian children’s and young adults’ love of reading – and their creativity. Under difficult circumstances, the Institute carries out reading promotion of an unusual breadth and versatility.” ~ Astrid Lindgren Memorial Award jury.

Speech by director Renad Qubbaj on being awarded the Astrid Lindgren Memorial Award, 2009. 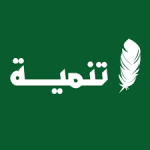 Winner of 2018 Etisalat Award for Best Illustration: Think of Others by Mahmoud Darwish and illustrated by Sahar Abdullah

Moroccan publisher of children’s books in Arabic and French, based in Casablanca.